the Ridgewood blog Wishes all the Dads a Happy Fathers day !!!

The Origins of Fathers Day

The campaign to celebrate the nation’s fathers did not meet with the same enthusiasm–perhaps because, as one florist explained, “fathers haven’t the same sentimental appeal that mothers have.” On July 5, 1908, a West Virginia church sponsored the nation’s first event explicitly in honor of fathers, a Sunday sermon in memory of the 362 men who had died in the previous December’s explosions at the Fairmont Coal Company mines in Monongah, but it was a one-time commemoration and not an annual holiday. The next year, a Spokane, Washington woman named Sonora Smart Dodd, one of six children raised by a widower, tried to establish an official equivalent to Mother’s Day for male parents. She went to local churches, the YMCA, shopkeepers and government officials to drum up support for her idea, and she was successful: Washington State celebrated the nation’s first statewide Father’s Day on July 19, 1910.

END_OF_DOCUMENT_TOKEN_TO_BE_REPLACED

the staff of the Ridgeood blog

Ridgewood Nj, the Tobacco Shop of Ridgewood has a huge selection of fine cigars for Fathers day .There is also a Camacho In-Store Promotion going on now.

END_OF_DOCUMENT_TOKEN_TO_BE_REPLACED

Ridgewood NJ, On May 5, 1868, General John A. Logan, leader of an organization for Northern Civil War veterans, called for a nationwide day of remembrance . “The 30th of May, 1868, is designated for the purpose of strewing with flowers, or otherwise decorating the graves of comrades who died in defense of their country during the late rebellion, and whose bodies now lie in almost every city, village and hamlet churchyard in the land,” he proclaimed.

END_OF_DOCUMENT_TOKEN_TO_BE_REPLACED

Frame 352 from the Patterson-Gimlin film, alleged by Roger Patterson and Robert Gimlin to show a Bigfoot, and by some others to show a man in a gorilla suit.

Ridgewood NJ, This year not to left out of the Village Earth Day festivities , the Ridgewood  blog will promote a “Night Out for Big Foot “ on April 22nd .

It’s about where the journey takes you, too — even if you come back empty handed. “I’ve been all over the States and seen some amazing things — landscapes and sunsets and hills and mountains,” Tyler says. “Even when nothing happens, you’re still in the woods. You’re still out in it.” Tyler Bounds

END_OF_DOCUMENT_TOKEN_TO_BE_REPLACED

The Ridgewood blog was founded in March of 2006 by James J Foytlin aka PJ Blogger . Mr. Foytlin was born and raised in Ridgewood ,New Jersey and is a graduate of Ridgewood High School .

Ridgewood NJ, – Oct. 26, 2009 – RIDGEWOOD, N.J. — The Ridgewood blog ( https://theridgewoodblog.blogspot.com/ Originally  ) (www.theridgewoodblog.net) was founded in March of 2006 by James J Foytlin aka PJ Blogger .[1] Mr. Foytlin was born and raised in Ridgewood ,New Jersey and is a graduate of Ridgewood High School .[2] [3]

END_OF_DOCUMENT_TOKEN_TO_BE_REPLACED PJ Blogger and the staff of the Ridgewood blog wish you and your family a very Happy Easter!

thank you for all of your support 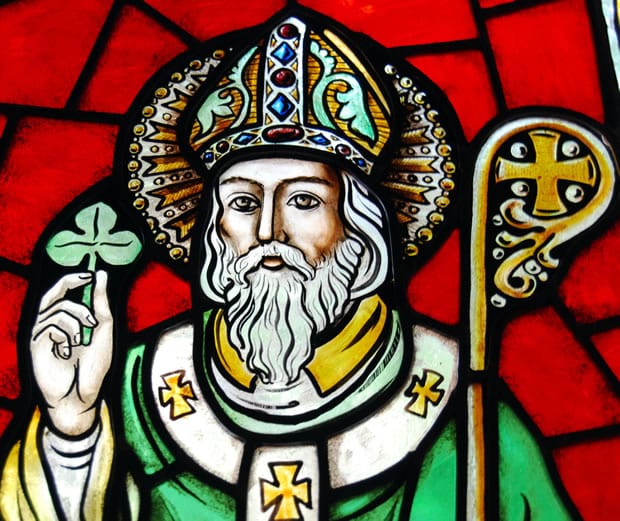 Ridgewood NJ, Today marks Saint Patrick’s Day, or the Feast of Saint Patrick, a cultural and religious holiday celebrated every year on 17th March in Ireland and by Irish communities around the world. The celebration marks the anniversary of Saint Patrick’s death in the fifth century and represents the arrival of Christianity in the country. The Irish have observed this day as a holiday for over 1,000 years, and while the festival began as a religious feast day for the patron saint of Ireland, today it has become an international celebration of Irish culture.

END_OF_DOCUMENT_TOKEN_TO_BE_REPLACED from PJ Blogger and the staff of the Ridgewood blog

the Ridgewood blog will be resting up from our new year festivities today with intermittent posts , but we will be up and running  on Saturday January 2nd 2021

thank you for all your overwhelming support !!! Twas the Night before Christmas

Twas the night before Christmas, when all through the house
Not a creature was stirring, not even a mouse.
The stockings were hung by the chimney with care,
In hopes that St Nicholas soon would be there.

END_OF_DOCUMENT_TOKEN_TO_BE_REPLACED

Carve that Pumpkin for Halloween 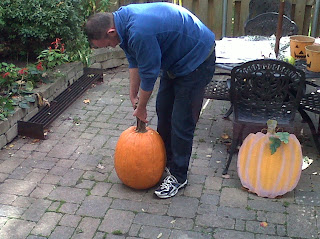 END_OF_DOCUMENT_TOKEN_TO_BE_REPLACED

On this day, 244 years ago, the Second Continental Congress voted to adopt the Declaration of Independence. Even though they had already declared independence two days earlier, the American people were so moved by the Declaration that thereafter July 4th became our birthday. Happy Birthday America!

END_OF_DOCUMENT_TOKEN_TO_BE_REPLACED

PJ Blogger and the staff of the Ridgewood blog
Ridgewood NJ, Happy Father’s day to all the fathers . The Ridgewood blog would like retell a short bit of history on Father’s day . It seems the campaign to celebrate the nation’s fathers did not meet with the same enthusiasm as mothers day .

END_OF_DOCUMENT_TOKEN_TO_BE_REPLACED

On this Memorial Day weekend, we remember those who sacrificed their lives for “life, liberty, and the pursuit of happiness.” Our thoughts and prayers are with all those who are grieving. May we, as Abraham Lincoln famously said, “highly resolve that these dead shall not have died in vain–that this nation, under God, shall have a new birth of freedom–and that government of the people, by the people, for the people, shall not perish from the earth.”

“My beautiful mother. My brothers and I have been blessed to have her in our lives. There’s ups and downs, but this is what makes us stronger as a family. My mother lived during the Khmer Rouge. She had fought her way to survived it through the Killing Fields in Cambodia. All she wanted was for us have a better life and future then she did in Cambodia. She’s my mother, my sister, my psychiatrist, my club partner, and my best friend. This is why every MOTHERS Day or her Birthdays , we have to make it extra special… Although everyday we show her that we are appreciated and thankful for everything she had done for us. Happy early Mothers day mom! We love you so much!” Vicheka H

Ridgewood NJ, The Ridgewood Blog Wishes A Happy Mothers Day to all  the moms ,Ridgewood Moms and moms everywhere and on this day its also good to remember how lucky you may be .

END_OF_DOCUMENT_TOKEN_TO_BE_REPLACED

On April 30, 1789, George Washington, standing on the balcony of Federal Hall on Wall Street in New York, took his oath of office as the first President of the United States.

On April 30, 1789, George Washington, standing on the balcony of Federal Hall on Wall Street in New York, took his oath of office as the first President of the United States. “As the first of every thing, in our situation will serve to establish a Precedent,” he wrote James Madison, “it is devoutly wished on my part, that these precedents may be fixed on true principles.”